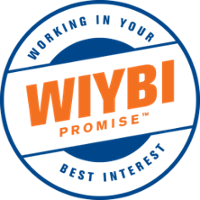 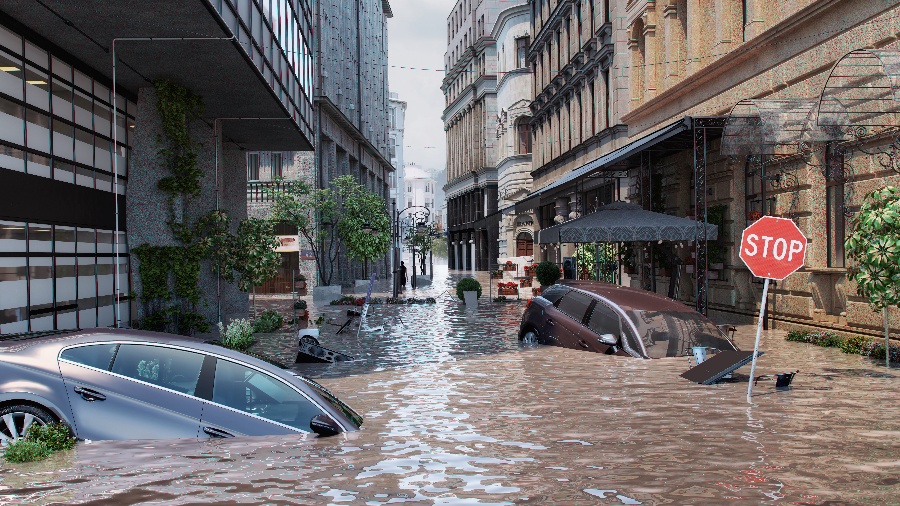 Recently we have seen legendary hurricane floods across the East Coast. In many regions, the water rose up above chest level and overtook tens of thousands of vehicles.

While cars and trucks are designed to handle a little water, full submersion leaves the vehicle totaled from flood-damaged systems and unsafe to drive in the future. Tens of thousands of vehicles were submerged in the recent flooding. Now we are seeing a new wave of flood-damaged cars being sold across state lines in unflooded areas.

Protect yourself and your fleet from lemon sales by understanding how flooding totals cars and how to spot a previously flooded "deal" on an otherwise new fleet vehicle.

How Flooding Invisibly Totals a Vehicle

A vehicle doesn't have to be submerged to the roof to be totaled, just to the engine block. When the vehicle sitting in water deep enough to fill the engine block. it starts dissolving, corroding, and diluting everything inside. As water permeates the vehicle, it can do massive damage over time. Water wrecks the electrical system and mechanical systems, even the fuel system. It washes away lubricants or dilutes them. Over time, water can cause rust and corrosion in the compartment and if left damp, even mold will begin to grow. Not to mention the damage to the seats and carpets.

The problem with flood damage, especially new cars recently flooded, is that the damage is nearly invisible. If you don't spot discoloring on the seats or smell molds, there are no signs on the un-dented body or washed-clean engine block that the vehicle was ever submerged - until you start driving it.

When a car is flooded, the water first enters through the air intake vent at the front and fills the engine cylinders. This can level the engine unable to turnover and starts.  Modern vehicles also rely heavily on advanced electrical systems, as well. After flooding, these systems typically malfunction the same way your phone or an RC car would malfunction if you dunked it - and there's not enough rice in the world to dry out every car flooded in Hurricane Ida.

Hidden rust and long-term corrosion, combined with failing electrical systems, make each flood-damaged car a danger to drive, but buyers have a hard time spotting these problems if the car has been temporarily fixed up (the old sawdust trick) because there is no body damage or accident report.

So what happens when tens of thousands of vehicles in dealership lots get submerged up to the engine? Unfortunately, respectable dealers have had to accept the wash and scrap the damaged vehicles for whatever can be salvaged. However, shady dealerships and private sellers just can't let all that apparent value go.

There are dealers, usually private sellers but sometimes lot owners, willing to wash a title by transporting the vehicles across state lines where flooding did not occur and a flooding title demerit does not exist. This effectively prints a new title without any totaled flooding damage on it. The vehicles are then sold new or barely used

This is not just greedy and short-sighted, it also puts people's lives at risk when the cars eventually malfunction. In the aftermath of major hurricanes, it's vital to stay alert against title-washed cars that have been previously flood-damaged.

How do you avoid dealers selling fixed-up flood-damaged lemons as like-new vehicles? Fortunately, fraud is never bullet-proof. There are ways to detect a doctored title and previous non-collision damage that shady dealers can't get around. Here's how to check for flood damage in a vehicle's history:

When being sold a car after a major flood (even/especially if it didn't flood in your region), give the vehicle a sensory inspection. Look for discoloration and sniff for the faint smell of mold or overpowering deodorizer. Test every system to see if your own warning lights go up.

Invest in a vehicle history report

When buying a vehicle, it's always worth investing in the full vehicle history report from a provider like Experian. This gives you a record of every owner the vehicle has had and every time it was marked as damaged - even in another state with a washed title. If the vehicle was ever inspected and deemed flood-damaged, it will be in the report.

Check the VIN of a vehicle you want to purchase with the National Title Information System or the National Insurance Crime Bureau, according to Kelley Blue Book. The VIN information will tell you everything insurers have known about the car, including various insurance providers, claims that have been filed, and assessments that were made - and if the vehicle has ever been declared as a total loss or salvage - like in a recent flood.

Lastly - and this is something you should always do with used vehicles - hire a 3rd party mechanic to give the vehicle a full inspection. They aren't in on the dealership scam and will give you an honest assessment of whether a car is damaged or has been doctored.

Flood-damaged vehicles are a problem in the vehicle market, and fleet managers can become targets when looking for affordable, gently-used vehicles that fit your fleet color and model scheme. In addition to keeping your eyes peeled for title-washed vehicles, working with a professional fleet procurement team can solve many of the typical problems associated with building a fleet from solo resources. Contact us today for concierge fleet selection and sourcing services.